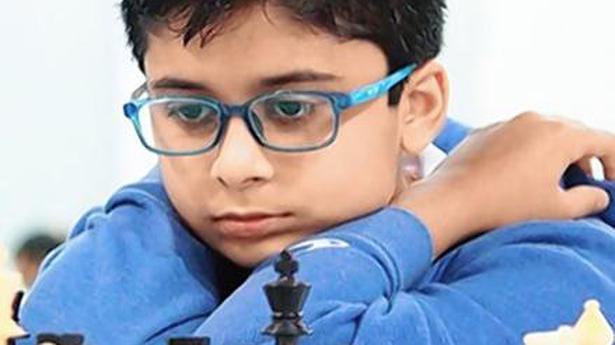 Young Indian International Master Leon Luke Mendonca received a GM chess match in Hungary, with a spherical to spare, to shut in on the coveted Grandmaster title.

The 14-year previous from Goa triumphed within the First Saturday GM November 2020 occasion in Budapest on Monday to earn his second norm. He wants another to earn the GM title.

Mendonca (Elo 2516) completed with 7.5 factors and clinched the title with a spherical to spare. He remained unbeaten and recorded victories over two GMs. He had six wins and three attracts within the nine-round championship.

In October, Mendonca had received the Rigochess International Chess Festival GM match in Hungary to earn his maiden GM norm.

“I am extremely happy with my performance, having won the tournament and the norm with a round to spare,” he mentioned from Budapest.

In the opening spherical, Mendonca drew in opposition to higher-rated GM Plat Vojtech of the Czech Republic (Elo 2562). In the subsequent, Mendonca beat Hungarian GM Fogarasi Tibor, which the Indian rated as his finest victory within the match.

The 14-year previous has been away from house for 9 months, together with father Lyndon, taking part in occasions in Europe.

Mendonca doesn’t appear to be in a rush to get again to India as he’s eyeing his closing GM norm. He will probably be participating in an invitational match close to Budapest from November 21.

“We had planned (to play) Rigo’s GMRR event but the organisers cancelled it. So, we decided to play this event (Kumania Mestervernseny).

“It has been a challenge to stay in Europe and for him to compete in events. It has been difficult to plan for tournaments due to the uncertainty. But it has been rewarding one though,” mentioned Mendonca’s father.

They plan to return to India for Christmas however hope that Mendonca will turn out to be a GM quickly.

“We hope to be back (in India) for Christmas. But we are taking it one day at a time.”

Mendonca interacts along with his coach Vishnu Prasanna in Chennai frequently with prolonged periods on non-game days.