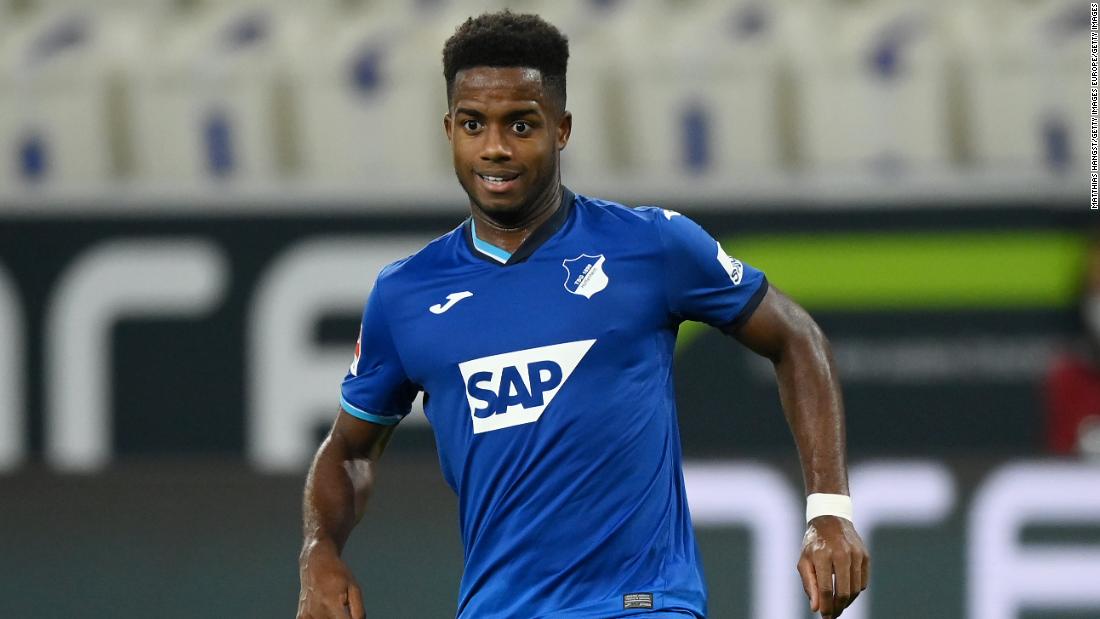 The England Under-21 winger, who joined Bundesliga membership Hoffenheim on mortgage from Tottenham Hotspur final month, posted the screenshot on his Instagram story.

He wrote ​on the high of the screenshot: “Honestly unbelievable. The craziest thing is I’m not even surprised anymore. Disgusting.”

In a press release, his father or mother membership Tottenham Hotspur tweeted: “Everyone at the club is with you @RyanSessegnon. We are proud of the rich ethnic diversity that exists across our communities, fans, staff and players.”

“We are driven by inclusion and equality for all and nobody should have to endure such repulsive abuse,” it added.

Hoffenheim tweeted the membership stood for “tolerance, integration and respect.”

In its assertion, posted above the screenshot of blurred out racist phrases directed at Sessegnon, the membership wrote: “Today, our player @RyanSessegnon was the target of horrific online racist abuse.

“#TSG stands for tolerance, integration and respect. We reject all types of racism, discrimination and exclusion and say #NoToRacism!”

Social media companies such as Instagram, which is owned by Facebook, have ​been criticized for the ways minority users are targeted with abuse on their platforms. Instagram was not immediately available for comment when contacted by CNN.

According to ​anti-racism organization Kick It Out, reports of discrimination on social media are up 229% on last year.

In October, Facebook and Kick It Out launched ‘Take A Stand,’ a new joint initiative intended to educate fans on how to call out racism, both online and offline.

The new initiative includes an “anti-discrimination toolkit,” which fans can access through an automated WhatsApp service and receive information on how to tackle and report discrimination.

The group says its systems detect 95% of hate speech earlier than anybody studies it, although the social media firm added that it “is aware of they’ve extra work to do.”
In July, Facebook and Instagram announced they would each be setting up a team to fight racism on their platforms and assess whether there is racial bias in their algorithms after it was suggested that posts with the Black Lives Matter hashtag were being hidden, though they are yet to release their findings.
Premier League star Wilfried Zaha, who was ​also the subject of online abuse, told CNN earlier this year that he questioned the effectiveness of Instagram’s privacy settings, given the ease with which anonymous accounts can send him racist messages.