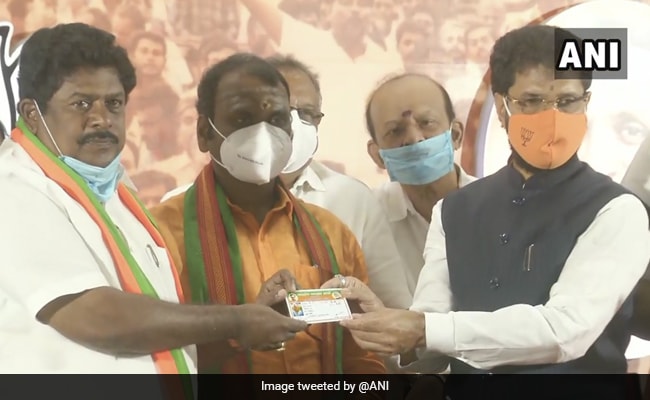 “I joined in BJP today, I will dedicate my life for the development of the party,” mentioned Mr Ramalingam.

“For 30 years I was in DMK and faced seven elections … During the Covid-19 situation, DMK called for an all-party meeting. I released a statement against the meeting, after that I was suspended. Now I have taken 8 months’ time and under no pressure joined BJP, “he mentioned.

“I have close relations with MK Alagiri (DMK chief MK Stalin’s brother). I will try to bring him to Bharatiya Janata Party,” he added.